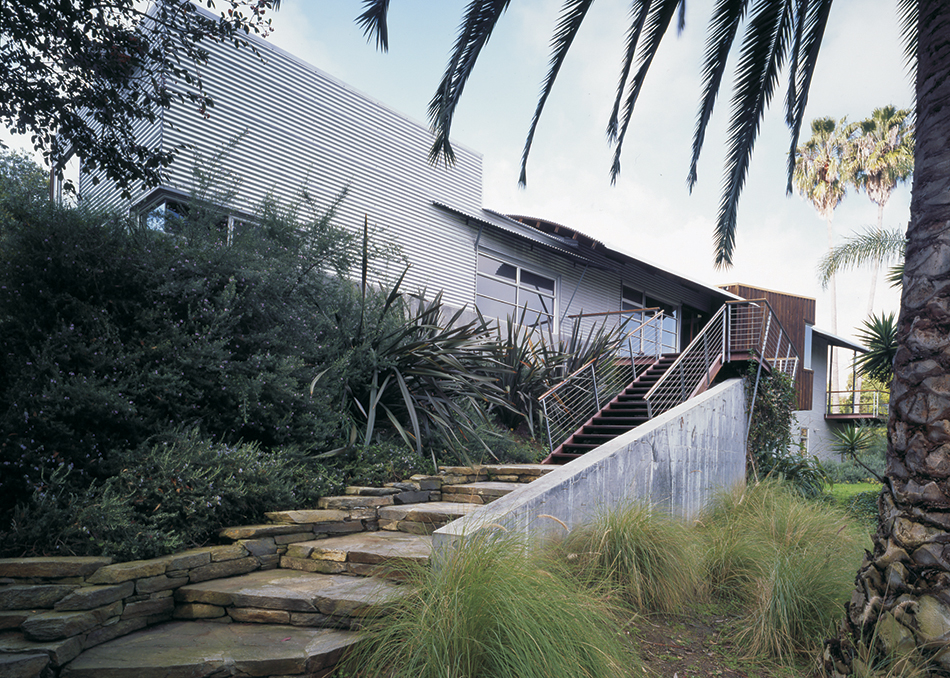 The Prairie Style was developed in Chicago, Illinois around the turn of the 20th Century by architects including Frank Lloyd Wright who wanted to create a distinctively American style in contrast to the Victorian style popular across the Western Europe and America at the time. It is characterized by horizontal lines that evoke the flat, treeless landscape of the American Midwest, with low slope roofs and deep, overhanging eaves, chimneys placed in the center of the house and open floor plans. Evolving from the Arts and Crafts movement, architects incorporated horizontal rows of windows and bands of indigenous stone, wood or brick, and hand-crafted, earthy details. During the mid-century when these ideas became affordable to a majority of Americans, the Prairie style was a sign of progress as well as taste. Wright himself said Prairie buildings are “married to the ground.” Prairie Style buildings are the bridegroom to the humble Earth that supports them.