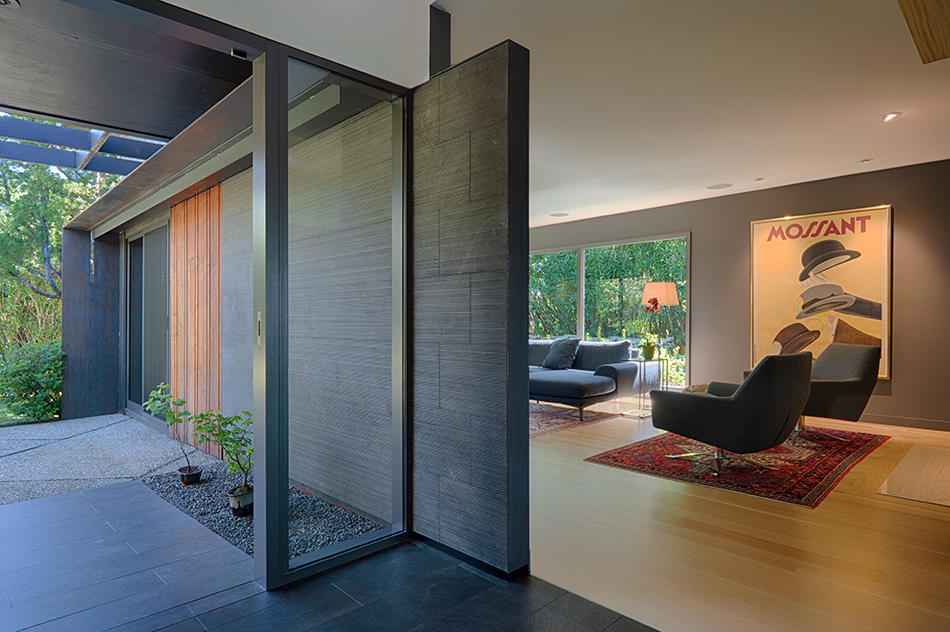 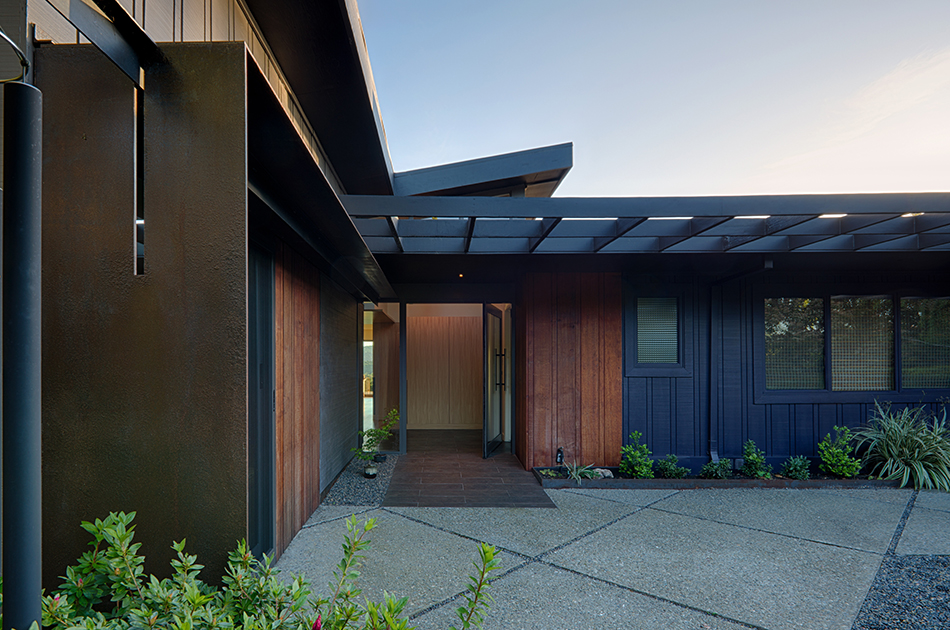 Eichler homes brought mid-century modern design to the masses through tract houses constructed in postwar residential subdivisions in California, north and south. The modest, affordable houses were known for flat or low sloping roofs, open plans, and for “bringing the outside in.” Eichler homes’ front-to-back planning featured small windows facing the street, and large windows facing the backyard that put the emphasis of the owners’ lived experience in an American-style interior courtyard, an amenity formerly reserved for the rich. Vertical wood paneling, gabled ceilings and floor-to-ceiling, glazed walls combined with open floor plans, exposed beams and concrete floors allowed owners to pass through a portal from the street to their own Shangri-La or Xanadu with natural elements made to soothe the soul. There were approximately 11,000 Eichler homes made throughout northern and southern California and these homes pioneered the “California Modern” style of the 70s. Eichler himself was not an architect, but he had a life-changing experience during the Second World War when his family rented a Frank Lloyed Wright Usonian home from a navy pilot serving overseas. When the war ended, Eichler started a company to build Wright-inspired houses for the masses, and he hired Robert Anshen to design them.